Bloat: All Dog Owners Should Be Able to Spot this Deadly Problem 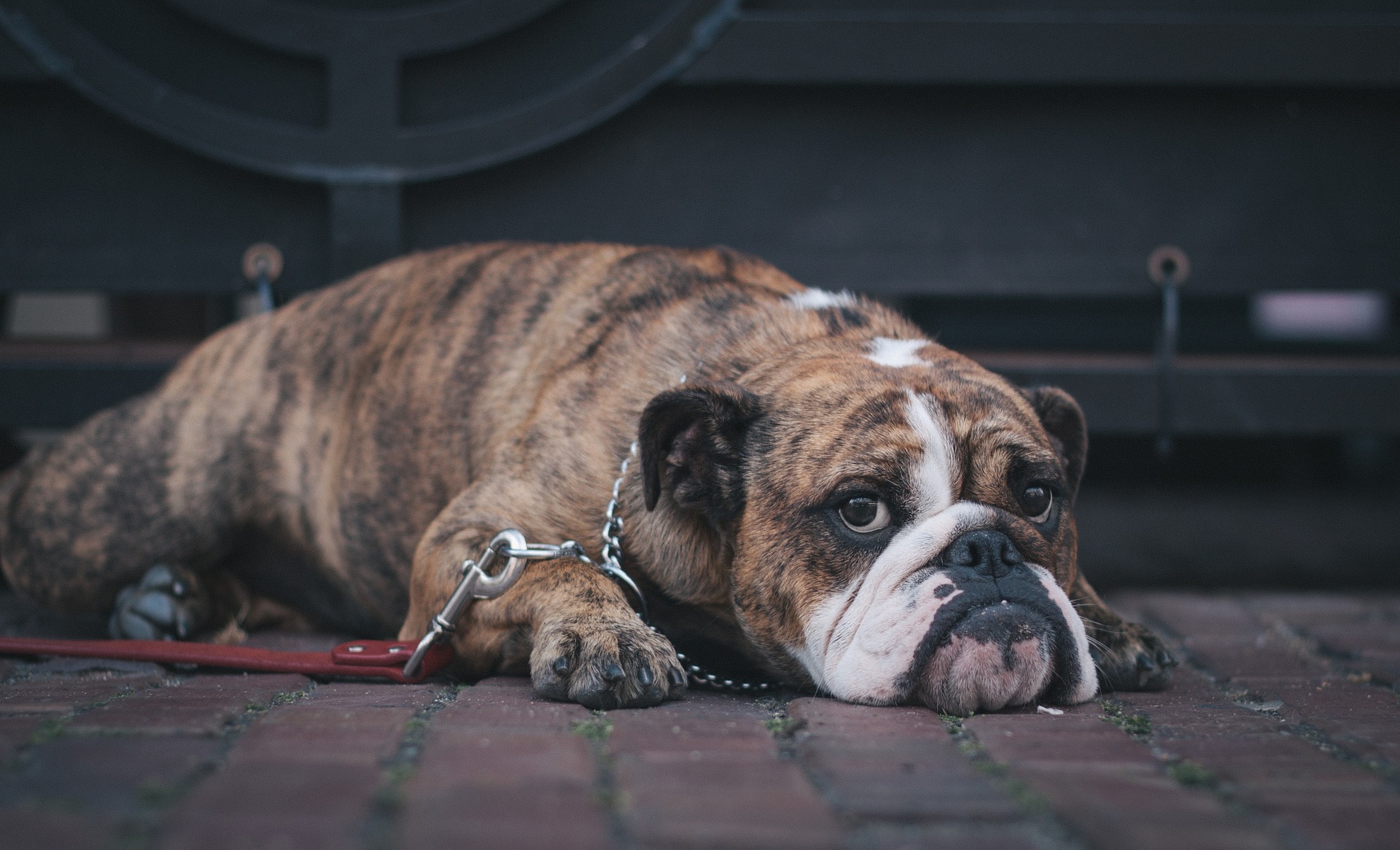 Bloat
is a life-threatening emergency that affects dogs in the prime of life. The mortality rate for gastric volvulus approaches 50 percent. Early recognition and treatment are the keys to survival.

Bloat actually refers to two conditions. The first is gastric dilatation,in which the stomach distends with gas and fluid. The second is volvulus, in which the distended stomach rotates on its long axis. The spleen is attached to the wall of the stomach, and therefore rotates with the stomach.

Gastric dilatation may or may not be complicated by volvulus. If volvulus occurs, the stomach may twist 180 degrees or less (technically called a torsion). An actual volvulus is a twist of 180 degrees to 360 degrees or more.

During volvulus, the pylorus is pulled out of position and becomes displaced to the left of the gastroesophageal junction. This pinches off the duodenum and prevents fluid and air from escaping from the stomach through the pyloric canal. Simultaneously, the gastroesophageal junction becomes twisted and obstructed, preventing the dog from belching and vomiting. Gas and fluid are trapped in the closed-off stomach, which becomes hugely distended as the material ferments. Interference with blood circulation results in necrosis of the wall of the stomach.

Bloat can occur in any dog at any age, but typically occurs in middle-aged to older dogs. There may be a familial association. Large-breed dogs with deep chests are anatomically predisposed. These breeds include the Great Dane, German Shepherd Dog, St. Bernard, Labrador Retriever, Irish Wolfhound, Great Pyrenees, Boxer, Weimaraner, Old English Sheepdog, Irish Setter, Collie, Bloodhound, and Standard Poodle. Chinese Shar-Pei and Basset Hounds have the highest incidence among midsize dogs. Small dogs are rarely affected, with the exception of Dachshunds, who are also deep-chested.

Bloat develops suddenly, usually in a healthy, active dog. The dog may have just eaten a large meal, exercised vigorously before or after eating, or drank a large amount of water immediately after eating.

The classic signs of bloat are restlessness and pacing, salivation, retching, unproductive attempts to vomit, and enlargement of the abdomen. The dog may whine or groan when you press on his belly. Thumping the abdomen produces a hollow sound.

Unfortunately, not all cases of bloat present with typical signs. In early bloat the dog may not appear distended, but the abdomen usually feels slightly tight. The dog appears lethargic, obviously uncomfortable, walks in a stiff-legged fashion, hangs his head, but may not look extremely anxious or distressed. Early on it is not possible to distinguish dilatation from volvulus.

If the dog is able to belch or vomit, quite likely the problem is not due to a volvulus, but this can only be determined by veterinary examination.