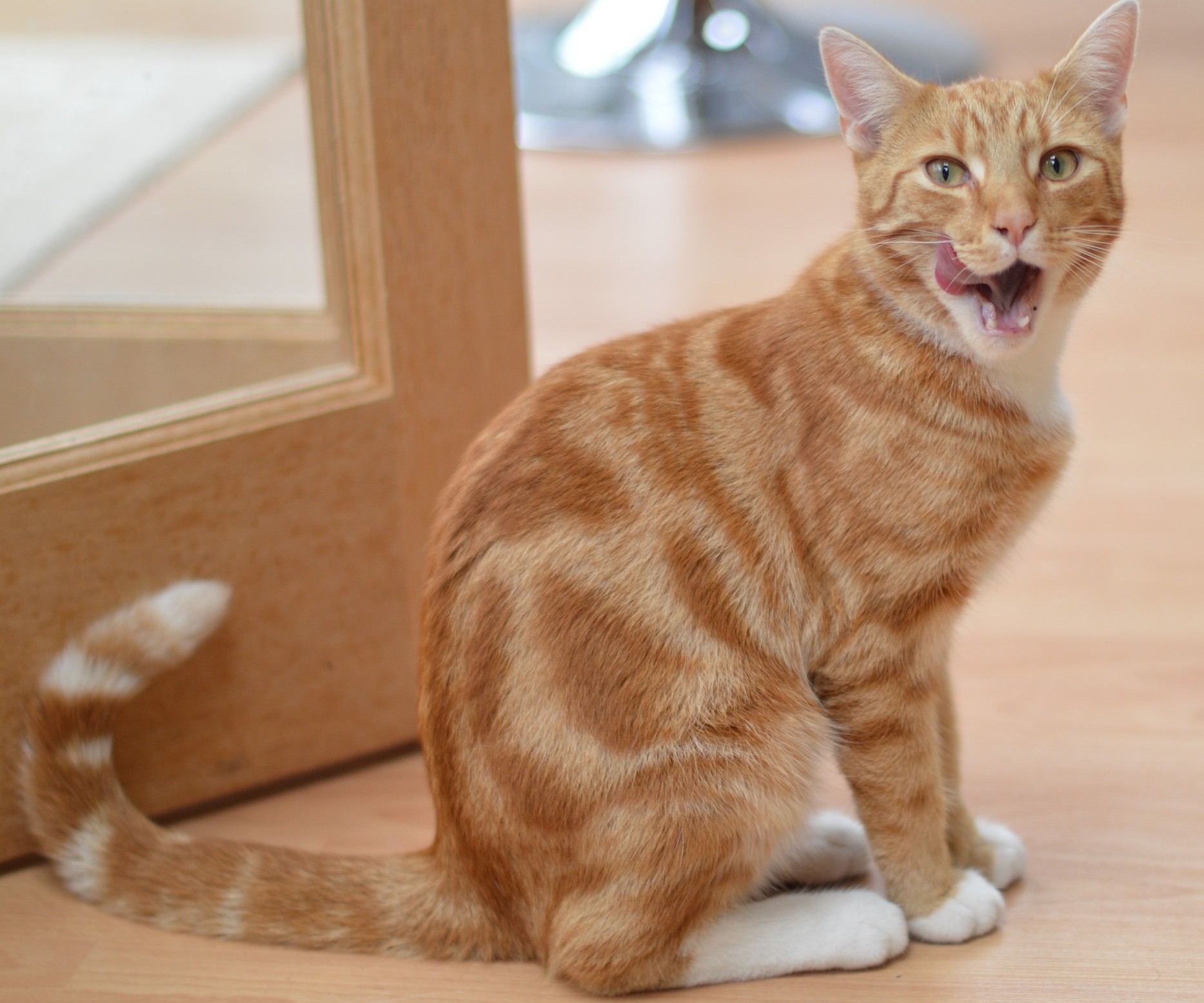 Cats may prefer to use their eyes rather than follow their nose when it comes to finding the location of food, according to new research by leading animal behaviourists.

Felines have a tremendous sense of smell and vision, but the new study by researchers at the University of Lincoln, UK, has for the first time investigated which sense they prefer to use under test conditions — and suggested sight may be more important than smell.

A group of six cats were placed in a maze which had ‘decision’ points — and the cats had to choose which avenue they took based on their preference for using images or smell. They were simultaneously presented with two squares of paper, each containing a different visual and odour cue. One combination of stimuli indicated they would receive a food reward, whereas the other led to no reward.

Once the cats had learned the rules of the game and received food rewards for correctly choosing either the visual stimulus or the olfactory stimulus, the researchers separated the cues (visual versus olfactory) to investigate whether the cats were using their eyes or nose to solve the task.

Four out of the six cats picked the visual cue, over the odour cue, to receive their food reward with only one cat preferring to use its nose and the sixth showing no preference. So it seems that when they had the choice, cats simply preferred the visual signals over the olfactory ones.

The findings have now been published by the international journal Applied Animal Behaviour Science.

Evy Mayes carried out the research at the University of Lincoln while she was studying for her Masters degree in feline behaviour and welfare.

Evy, who is now working at Battersea Dogs & Cats Home, explained: “Up until now we really thought that the sense of smell would dominate how cats view their world, but we are now reconsidering this and also the implications of how we manage them. At Battersea Dogs & Cats Home we make sure that our cats are housed in the best possible environment — one that respects the cat and provides each individual with whatever it needs in order to help it adapt to a rehoming environment. I was also particularly surprised by the speed at which the cats learned how to solve the task, which is very encouraging for future cat behaviour studies.”

Professor Daniel Mills, who supervised the study and is based in the University of Lincoln’s School of Life Sciences, added: “We live in a complex world and use all of our senses to make sense of it. This is the first time we have asked cats how they operate rather than assumed this from what we know about their senses. Another important finding from this work is the individual variability — different cats had quite fixed preferences, and this may have important implications for their welfare. If there is a cat which has a strong preference for using its nose then simple changes in the smell of the environment might have a big impact on it, whereas, for others it may be insignificant. This work provides a unique insight into the important principles of attending to the needs of the individual rather than the population in general for good welfare.”

Due to the small sample size, further investigation is required to infer a general preference for cats to use visual over olfactory stimuli when learning the location of food.

The above story is based on materials provided by University of Lincoln.Note: Materials may be edited for content and length.

University of Lincoln. “The eyes have it: Cats put sight over smell in finding food.” ScienceDaily. ScienceDaily, 26 February 2015. <www.sciencedaily.com/releases/2015/02/150226110403.html>.
This article reprinted from: Science Daily